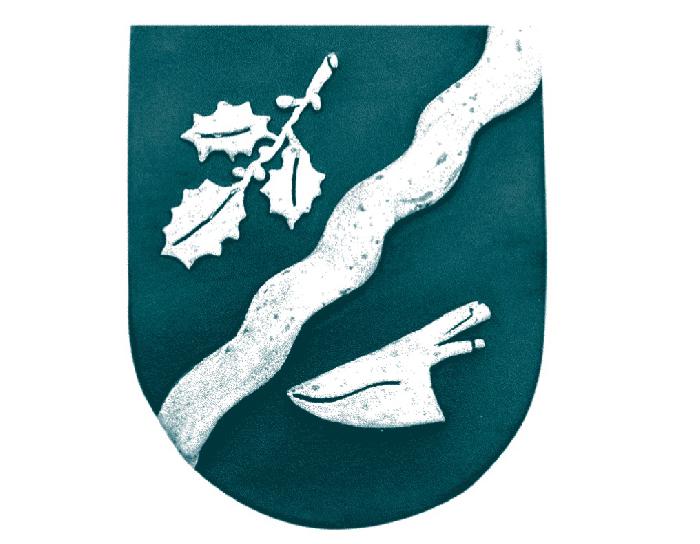 In the end, it was, however, a larger festivity because a large number of citizens didn't want to miss out on coming to the Kardinal-von-Galen School and being part of the festive occasion. Wolfgang Gorniak, headmaster of the Petrinum Grammar School and member of the Lions Club Dorsten-Hanse was completely surprised about the large audience. "I think it is fantastic, that so many citizens have come here and that shows, that they have a lot of interest in the history of their location" ( Ich finde es ganz toll, dass so viele Bürger hierher gekommen sind und damit zeigen, dass sie großes Interesse an der Geschichte ihres Ortes haben." ) 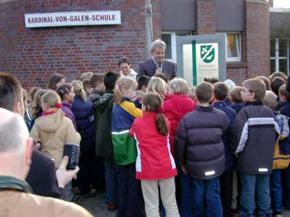 Even the youngest contributed to the success of the festivities. The third class of the school "Kardinal-von-Galen-Schule" had learnt a poem with their teacher Maria Diekmann and earnt a lot of applause for reciting it. The mayor "didn't want to be outdone" ("wollte sich nicht lumpen lassen") by so much participation. Following his well-chosen words of greeting, he briefly summoned the primary school pupils to the still-covered plaque. With much applause and combined efforts, they managed to reveal the new plaque for the History Station.

The girls and boys promise to look after